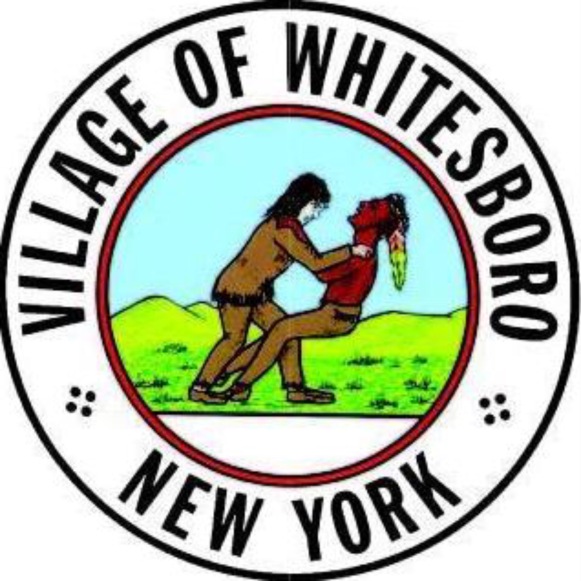 Nestled quaintly in the land that time forgot, upstate New York, lies a small haven of freedom called the town of Whitesboro, New York. For more than 230 years, Whitesboro has stood as a proud testament to the simple life in America. It has a population of about 3,700. It’s 97.68% white. It has a literal Main Street. And, until about three days ago, it had on display a proud AMERICAN town seal featuring a white man strangling a Native American.

All was rightsboro in Whitesboro. Then, the PC police decided to tear down FREEDOM… 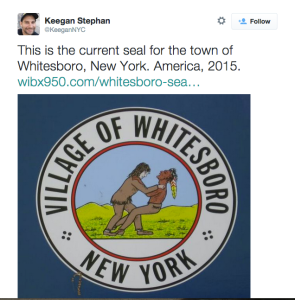 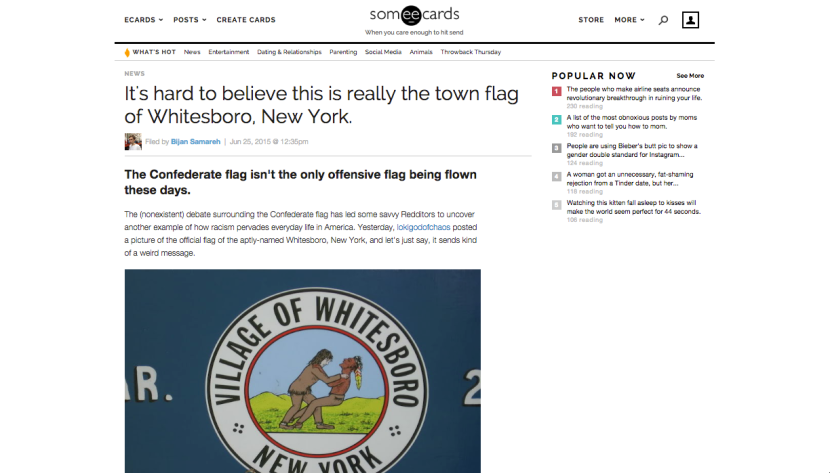 The perpetually-outraged petulants of the left-wing mouthpiece known as “Twitter” and the Liberty-Haters at a greeting card “company” called Someecards decided that “it” was “offensive” and “racist.” So they did what all liberals do, and what conservatives never do: complain. They complained until everyone made a big deal about it.

And you know what? I don’t like it. And I’m complaining about it!

The LIBS say that a white man strangling a Native American is racist. HOW?

I don’t get it. How do we know that the white guy is strangling the Native American? Maybe he’s giving him a neck massage. Are MASSAGES racist now? Or, if the seal does, in fact, depict a strangling, how do we know it wasn’t justified? Maybe the white guy was threatened. Maybe he was defending himself. Would it be racist if Ferguson, Missourri put Darren Wilson shooting Michael Brown as its town seal? NO WAY. 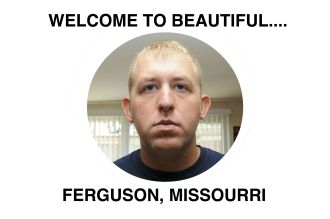 (But it would make a nice photo op for my upcoming conservative pilgrimage to the site of the Michael Brown shooting.)

Or maybe the Native American rigged the white man’s slot machines. We don’t know what’s going on in the Whitesboro seal. WHY CAN’T WE JUST WAIT FOR THE FACTS TO COME IN?!?! This isn’t the time for partisan politics. That Native American was strangled just 230 years ago. LET’S ALL TAKE A DEEP BREATH, HERE!!!

Before these Outraged Owens (a term I’ve just invented) take down another symbol of AMERICAN (white) HERITAGE, they need get thier facts straight. The town seal isn’t a cold blooded murder, it is, in the words of Whitesboro’s patriotic mayor,Patrick O’Connor, “a very accurate depiction of friendly wrestling matches that took place back in those days.”

White dared not risk being brow beaten by an Indian nor did he want to be called a coward. In early manhood, he had been a wrestler, but of late felt he was out of practice. He felt conscious of personal strength and he concluded that even should he be thrown, that would be the lesser of two evils in the eyes of the Oneida Indians than to acquire the reputation of cowardice by declining. He accepted the challenge, took hold of the Indian and by a fortunate trip, succeeded almost instantly in throwing him. As he saw him falling, in order to prevent another challenge, he fell upon the Indian for an instant and it was some moments before he could rise. When the Indian finally rose, he shrugged his shoulders and was said to have muttered “UGH”, you good fellow too much”.

In other words, a fat white guy cheated (I mean “demonstrated his physical superiority”) to beat an Indian in a wrestling match, after which the Indian remarked in what is almost certainly a direct quote and not a completely racist tall tale, “UGH”, you good fellow too much.”

I see nothing racist here. Move along libs.

But no, the LIBERAL OUTRAGE MACHINE loves to stir controversy.

What’s next? Is THIS racist now?

Just look at the 17% of African-American people who see the Confederate Flag as a symbol of pride. THEY GET IT. Just because, to borrow from The Atlantic, it has been documented in scholarly books, articles, and official reports that “the flag was created by an army raised to kill in defense of slavery, revived by a movement that killed in defense of segregation, and now flaunted by a man who killed nine innocents in defense of white supremacy,” DOES NOT make it racist. Sixty-six percent of white people know the truth. They know it’s not racist. TIME FOR YOU TO GET WITH THE TIMES, BLACK PEOPLE!!!

And the same goes for the people complaining about the Whitesboro seal. If you don’t like it, you need to get with the program (and, you must not be white). It’s about “friendship” not “racism.”

The mayor gets it. Why don’t you STUPID, LIBERAL, IDIOTS???