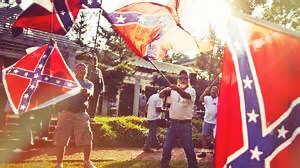 Today, in another stunning rebuke of liberty, the liberal fascists on the so-called U.S. Supreme Court struck down one of the proudest, most beloved pieces of American heritage: the one that’s totally about Southern heritage and not about racism or slavery at all.

In a truly befuddling ruling, the liberal Roberts court decided citizens of the GREAT STATE OF TEXAS could not enjoy the CONSTITUTIONALLY PROTECTED FREEDOM of flying the Confederate flag proudly on their license plates.

The court ruled in favor of the Texas state government that it could legally prevent citizens from obtaining a Confederate flag license plate because license plates are government speech and not protected by the First Amendment.

“As a general matter,” Justice Stephen Breyer wrote, “when the government speaks it is entitled to promote a program, to espouse a policy or to take a position.” Breyer went on to write that license plates imply government endorsement of whatever message they bear….

…and, apparently, the government doesn’t support slavery anymore! Well, I guess I didn’t get the memo (and neither did South Carolina)!

Whatever Justice Breyer… Why don’t you stick to making ice cream?! At least you’re good at that!!!

That’s why I’m not going to call the flag by its liberally mandated name anymore. That name is just another liberal lie. Henceforth, I shall be referring to it only as the FREEDOM FLAG.

THAT’S a name all Americans can get behind. Even the ones that only count for 3/5 of an American.

It’s not a surprise that the liberal court decided to side with the liberal government and assume that the Freedom Flag is racist. Just look at how they voted…

The four libs on the left clearly hate freedom, but one of the supposed right-leaning Conservatives on the court had to show his true, progressive colors in order for them to have the majority and make freedom illegal. That justice? So-called Conservative Clarence Thomas. Apparently Justice Thomas doesn’t stand for Conservative values, and the reason why is so obvious if you look more closely at him… 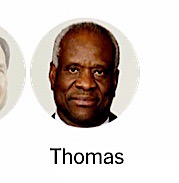 Yes, it appears Justice Thomas is not a true Conservative after all. It’s perfectly obvious from his physical appearance why he could never truly stand for freedom or the FREEDOM FLAG.

Do you see why?

Notice the white shirt under his robe. Specifically, the white collar.

Well, it certainly resembles this shirt’s collar, doesn’t it?

Yes, Justice Clarence Thomas is clearly a CLOSET LIBERAL. He wears an OBAMA T-SHIRT under his robes. That, and that alone, is the physical attribute that PROVES he could never truly stand behind the FREEDOM FLAG.

Did you think I was talking about something else?

It’s very simple really. If you support Obama, Republicans don’t want you on our team. You’re just not what we’re looking for. We’ve got lots of friends who support Obama; we’re just not really trying to be any more than that, right now. Nothing personal.

In fact, it almost seems like, for us Republicans, the best way to tell whether we’re taking the RIGHT position on an issue is by looking at what the Obama supporters want and then supporting the opposite position.

But Clarence Thomas and the Liberals on the Supreme Court just don’t get it. They want to make it a race issue. The FREEDOM FLAG isn’t about racism.

It’s about expressing love and admiration for a group of people who existed independently for a very short time entirely because they chose to be incredibly racist.

When will the leftist race baiters and race agitators FINALLY let it go and admit that racism is dead so we can finally fly our Freedom Flag with pride?

Why must they cling to their old, antiquated ideas? Why can’t they just let go of their shameful past?

Today, the Supreme Court killed a little bit of freedom by making it illegal for me to do the equivalent of driving down an American highway with a bullhorn, screaming N***er while dragging a noose behind me.

Turns out the War of Northern Aggression never ended. 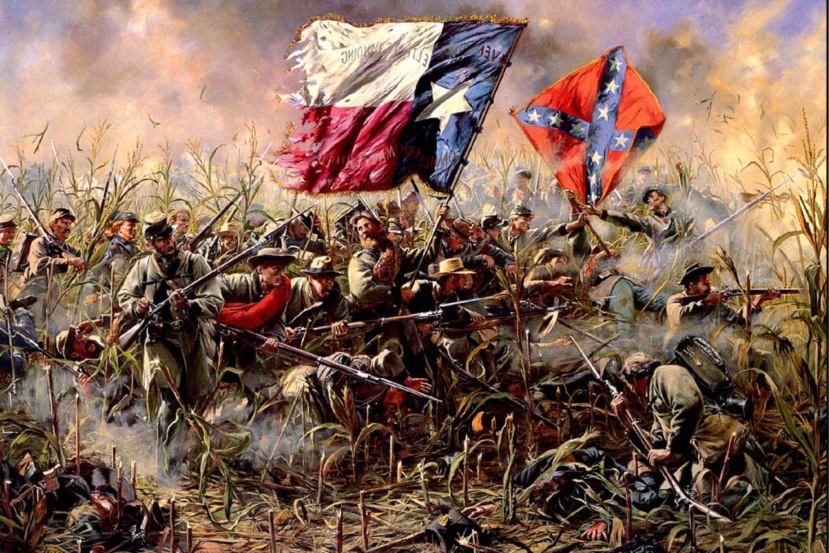 But while liberty died in one case, it rose in another… rose up a flag pole to be precise.

In South Carolina, on the same day that a mad gunman sporting apartheid flags on his jacket shot 9 people dead inside one of America’s oldest black churches, freedom fighters refused to be intimidated.

While the state flag and the American flag were lowered to half-staff at the South Carolina statehouse following the shooting, as required by common sense, the Freedom Flag, which also flies outside the statehouse at all times as required by state law (I shit you not!) remained at full height.

Yes, it flew proudly to honor the deaths of 9 African-Americans murdered by a racist psychopath, because nothing says black lives matter like the high-flying flag of an unrepentant group of people who killed thousands of black people through slavery.

YOU’RE A GRAND OLD FLAG! YOU’RE A HIGH-FLYING FLAG. FOREVER IN (I forget what word goes here) MAY YOU WAVE!!!

Sure, some stupid science-bitch liberals were outraged, but that’s nothing new. South Carolina’s freedom lovers have always been under attack by hateful progressives simply because of who they are: people who understand that there’s nothing wrong with clinging to their shameful past.

And every time South Carolina has taken flak for that, they’ve responded with sound, well-reasoned facts…

Gov. Nikki Haley… previously rejected the notion of removing the flag at a debate last year, saying it was a “sensitive issue” but that she didn’t believe the flag presented an image problem for the state because she never had “one conversation with a single CEO about the Confederate flag.”

CEOs don’t care. So why should we? It makes perfect sense since CEOs are well known to be the most diverse subset of Americans.

But South Carolina doesn’t stop there. They kick it up a notch…

South Carolina, which is one of five states that still doesn’t have a state hate crime law, recently celebrated “Confederate Memorial Day” this past May, during which a large Confederate flag was displayed on the steps of the South Carolina State Capitol.

They get it. If we don’t honor the Confederate soldiers that died by pretending that they actually won the war, we might forget what they fought for. (Freedom, right?) Hate crime laws are so 1960’s. There’s not one reason why we need hate crime laws. It’s not like black people are being killed by racists anymore.

It’s not like hateful bigots are gunning down black people while announcing “I have to do it’. You rape our women and you’re taking over our country and you have to go” or “I want to kill black people.”

That just doesn’t happen in post-racial America. It’s time for the liberals and the Supreme Court to stop living in the past! 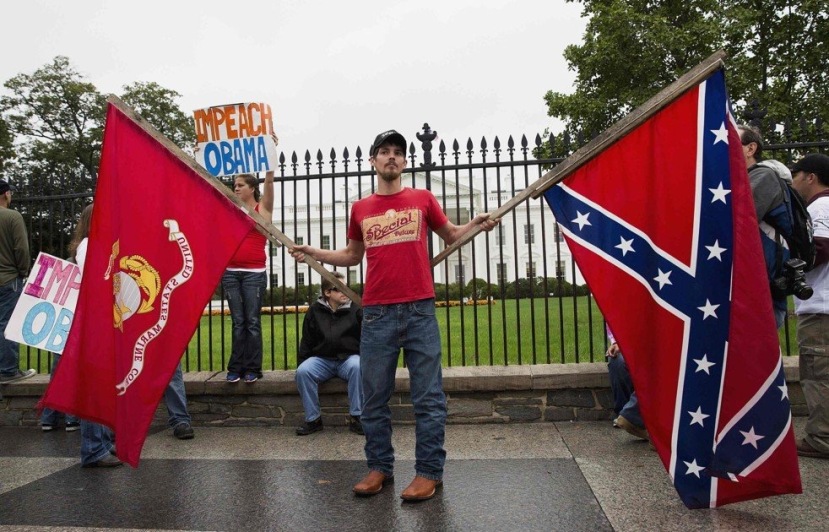