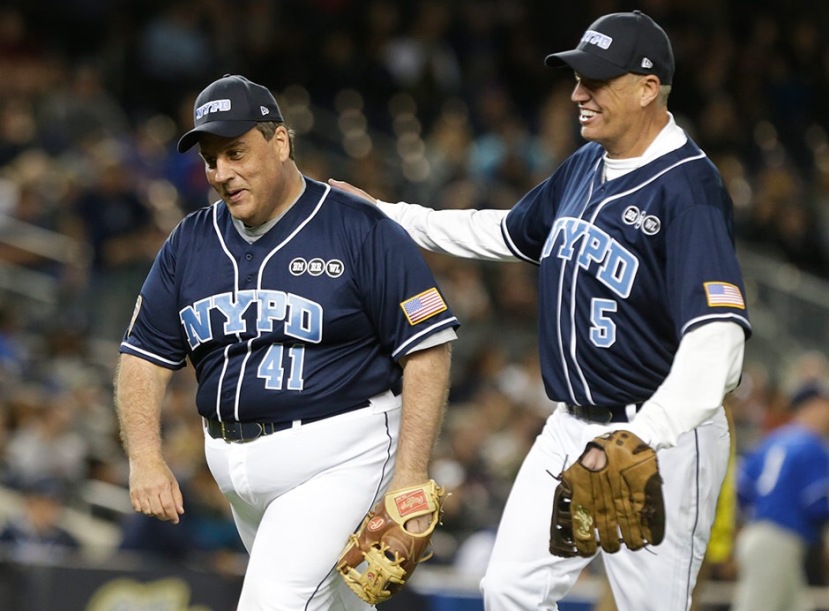 “There once was a Gov from New Jersey
Who strained the seams of his sports jersey.
He made a great play
Pissing off the communist president (who’s also gay)
So Obama decided to cause him some hurtie.”

This report from the NY Daily News:

“Even if his uniform was stretched to its physical limits, Christie looked smooth in the field at the “True Blue” celebrity softball game to honor Wenjian Liu, Brian Moore and Rafael Ramos, NYPD officers killed in the line of duty.”

Stretched to its limits? Come on libs. Making fun of Governor Christie’s weight? That’s off limits; not like calling a Navy SEAL an idiot. SHOW SOME CLASS.

How did he even get into that thing? Did he have a team of helpers? How is he going to get out of that thing? It looks like the crotch severed off one of his testes. It’s so revealing…

NEVERMIND! It’s besides the point. Christie actually had a good game…

“Christie made a gutsy play in the field for an out in the first and, despite a smattering of boos, gave the ball a ride in his first at-bat — a fly out to left field.”

He also won the game’s MVP Award, which is all the more impressive since movement in such a tight uniform would seem to defy the laws of physics. Yet the liberal media could only focus on one thing…

“The FAN’s Joe Benigno wasn’t any less merciless when, according to NJ.com, he asked Christie: “How was the traffic coming over the George Washington Bridge?”

Really Joe? I thought WFAN was a classy morning sports radio talk show. This is a new low for the MSM.

Yet all of that pales in comparison to the true story of what happened at the NYPD Celebrity Softball Classic (or whatever it’s called)– the story that the media is too terrified to report. You see, there was another fat man on the field Wednesday night. Only this fat man wasn’t quite so jolly. In fact he wasn’t even fat. He was only there to embarrass 2016 GOP presidential hopeful Chris Christie. What? Let me explain. Buffalo Bills Head Coach Rex Ryan looked like this on Wednesday…

How did Rex lose so much weight? Well, the liberal media will tell you it was liposuction. But some things about that story don’t add up. Let’s run down some facts:

FACT #3: Chris Christie is still fat as shit. So at the NYPD celebrity softball game he looked even bigger next to a pencil thin Rex Ryan.

FACT #4: This is not a good look for a presidential hopeful…

FACT #5: Chris Christie’s presidential hopes have been shattered by the photo of him in a nut-tight softball uniform next to Rex Ryan.

FACT #6: Obama is happy about this since he HATES Chris Christie.

FACT #7: Ryan used to be a coach for the Baltimore Ravens

FACT #8: The Baltimore Ravens visited the White House in 2013 establishing a clear link between the organization and Obama’s liberal agenda.

FACT #9: Obama has the motivation and the capacity to use a weaponized, skinny Rex Ryan to launch a fat-based optical assault on Chris Christie’s 2016 presidential ambitions.

FACT #10: I believe that’s what happened.

Just look at the facts. Obama needed a thin man in order to make Chris Christie look like an out-of-orbit planet and he found that thin man in Rex Ryan. Using the liberal patsies in the Baltimore Ravens organization, he had Ryan sent to the liberal stronghold of New York City, a most wretched hive of scum and villainy, to coach the New York Jets.

WHY ELSE WOULD ANYONE VOLUNTARY COACH THE JETS? THE JETS!!!

Once in New York, Ryan played right into Obama’s sinister plan. He had to walk everywhere in the overcrowded city, thus burning countless calories during his 3 year tenure as Jets coach.

Now that Ryan has reached his optimal weight, Obama activated the sleeper cell at one of his most hated events: the NYPD charity softball game. 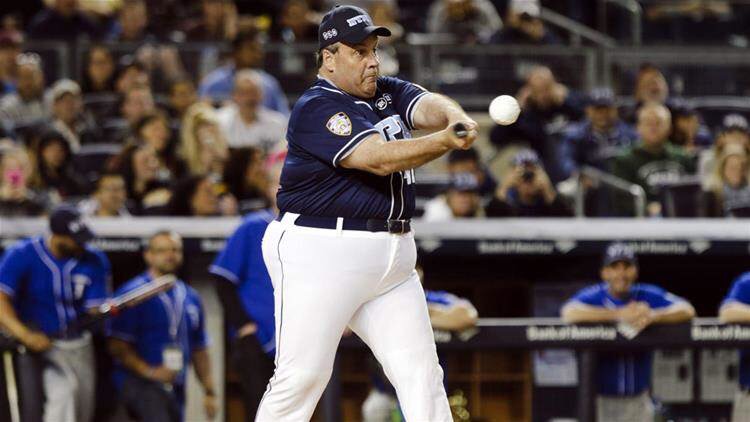 With the rotund Governor Christie thoroughly humiliated by being seen alongside the trim, liberal Ryan, Obama must now dispose of the evidence; by sending Ryan where no one will ever be able to ask about the incident. A place where he may as well be dead.

Just like Captain Kirk in Star Trek VI: The Undiscovered Country, Rex Ryan played his part in a sinister democratic conspiracy, and his reward was being sent to the far side of the universe to serve out his days in the barren wasteland of Rura Penthe, or in his case coaching the Buffalo Bills, which is worse.

Can you tell them apart? I can’t. 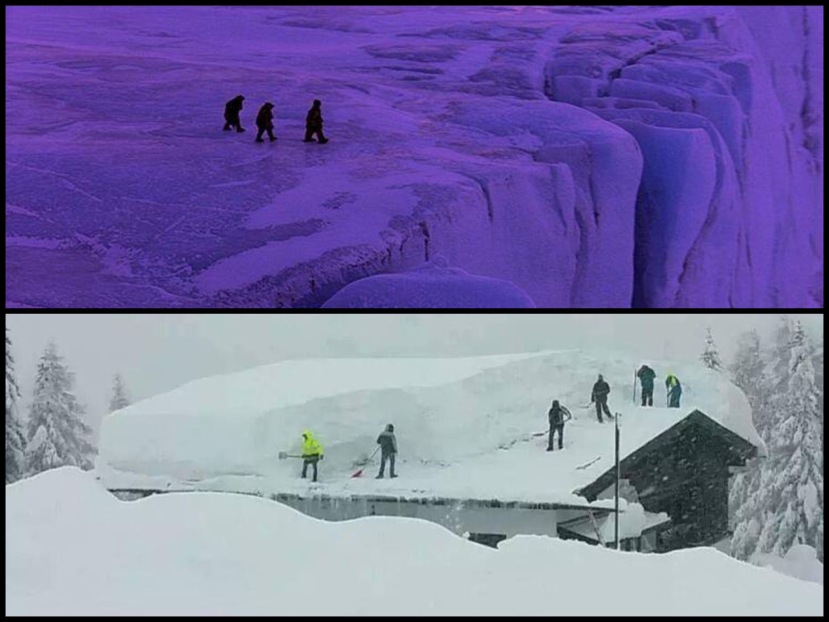 If you don’t follow Obama’s rules, you will die.

Meanwhile Obama gets to assassinate the Starfleet Council and a good, honest, corrupt governor is losing his chance at the presidency thanks to another underhanded attack by Obama and his cronies.

Well, maybe he can still find a career in Major League Baseball….