Take a close look at the painting above, Which has many RELIGIOUS PATRIOTS up in arms.

Do you see it?

And who’s that standing right next to our LORD AND SAVIOR? Oh, right… it’s HITLER!

This painting, which is displayed in a church in the town of Hof, Germany is causing quite a stir among JESUS enthusiasts…

“There is a growing unease with the painting among parishioners, with one telling local radio recently that “it is not right under any circumstances that the biggest mass killer in history should be featured in a painting in a house of Christian worship.”

But some believe the painting is actually anti-Hitler…

“Pastor Martin Goelkel… told Süddeutsche Zeitung he did not feel the painting was a tribute to Hitler, but rather a subversive work.

“It was designed and inaugurated in a difficult time for Germany, no question,” he admitted, but added that “the individual is made aware that his life is finite no matter how powerful he might feel — there is another power over him, a stronger power.”

Not being an art expert, I feel compelled to pass judgement none the less. It’s pro-Hitler. Why, you ask? Because it’s made by liberals. The people debating this issue are entirely missing the point, because this painting doesn’t just feature Hitler.

Look who’s standing next to Hitler. It’s none other than LUKE SKYWALKER himself!

And that’s not all. Kneeling down there… SANTA CLAUS!!

And, to top it off… Take a look at the guy on the far left… DRACO MALFOY, Harry Potter villain!!! 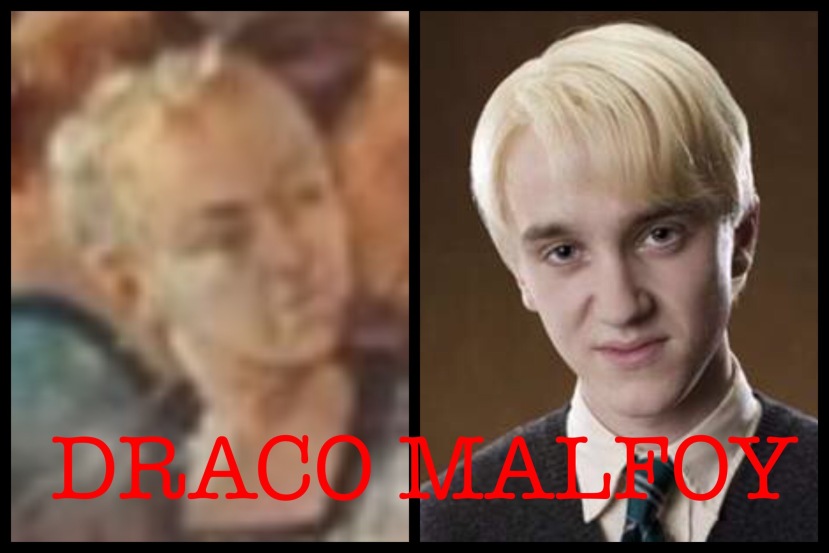 So what are all these HISTORICAL FIGURES doing in an early 20th century German oil painting?

OBAMA has sent these LIBERAL HEROES back in time to save his personal hero, HITLER. We’ve already proven the existence of an OBAMA administration time machine on this very website.

We proved that OBAMA is a time traveling president HELL BENT on changing the past to suit his liberal agenda and this is clearly another example.

You’d have to be CRAZY not to see that!

It seems we’re all doomed.

But, there’s another twist in the plot. Look who else is in this scene… it’s Sylvester Stallone, the action hero who leans Republican!!!

Stallone is a consistent Republican who supports some liberal causes. He’s a WILD-CARD. Did he stow away on the liberal time machine with plans to take out these progressive time bandits? Or, is he in on this extremist plot, aiding OBAMA in his never-ending quest to destroy America?

Only time, as they say, will tell…