Because I can’t say it any better than Jeff Goldblum did HERE.

Furthermore, I have more to type…

The White House is hosting an “African Summit” this week. What?! My first thought was, why would we bring a mountain all the way from Africa to the US? What, American mountains aren’t good enough, Obama? Now you need one from Kenya?

Then someone told me it was a diplomatic summit, which failed to quell my outrage.

Because, as if we didn’t already have enough undesirables (Not because they’re black… because of Ebola) coming to OUR COUNTRY, now were gonna have all these Africans coming in.

How are we gonna handle a whole other continent’s immigration when we can’t even stop Mexican children and Canadian syrup from getting in?

(You can tell it’s foreign by its brownish color.)

And the cherry on top of everything is that these so called “world leaders” that our Kenyan-In-Chief is wining and dining on the taxpayer dime are DICTATORS, MURDERERS, THUGS, GANG BANGERS, WELFARE QUEENS, GOOD ATHLETES, and SMELL BAD. (Probably). 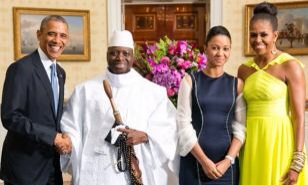 So President Obama meets, greets, and poses for photos with some of the worlds worst HUMAN RIGHTS VIOLATORS, something a REAL PATRIOT would never do.

The next time President Obama wants to launch off on an INTERCONTINENTAL crusade to use the power of the presidency to make the world a better place, I hope he gives me a heads up. I’ll be the one in my shelter, hiding from the BALLISTIC consequences of this A**HOLE’S efforts to engage with black people.

It’s all just more of the “War on Whites“. 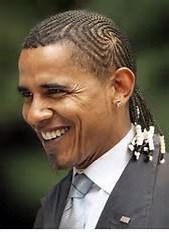