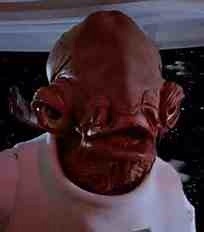 Why won’t anyone listen to the true PATRIOTS? We’ve been saying things are traps for as long as I can remember. We’re the men who cried “trap.”

Let me lay down some Truth-sphalt on this road to Hell (paved with the good intentions of getting rid of our traitorous Half-Muslim, Half-Communist president).

“I would not discount the possibility” that Republicans would seek to impeach Obama, he said, adding that House Speaker John A. Boehner (R-Ohio) has “opened the door to impeachment” by his plans to sue Obama for allegedly exceeding his executive authority.”

Can you believe the nerve? Hey Pfeiffer, why don’t you go Pfeiff yourself? There hasn’t been one single time I can think of when Republicans have called for the president’s impeachment*.

Now, normally I’d be all for giving Obama a one-way, non-refundable ticket to Not-President-Anymore-Istan. But this time, something just doesn’t feel right.

It’s like the GOP is mobilizing an all out attack, but the White House’s deflector shields are still going to be up when they get there, because Rep. Ted Cruz’s small band of Republican fighters were captured before they could disable Obama’s shield generator on the nearby forest moon.

When these brave Patriots go in for the impeachment…

Do I really need to say it?

Not to mix metaphors.

I know impeachment is a trap because I always go with my gut, but in case that’s not enough to convince you, take a look at this insightful column from National Review Online…

“…if there is any serious move toward impeachment, it rallies the entirety of the Democratic base in a way we haven’t seen since 2008 and — assuming the politics of impeachment are bad for Republicans — drives the middle away from the GOP.”

Yes. Nothing would be better for the Democrats than for a sitting Democratic president to be impeached. That’s why even though Obama has treated the CONSTITUTION like a roll of Charmin Ultra, and deserves impeachment, we shouldn’t give it to him.

That’s why Article 1, Section 3, Clause 6 of the Constitution clearly states…

“A president can be impeached for treason, bribery or “other high crimes or misdemeanors… as long as it’s convenient for everyone to do so (and isn’t going to cost anyone any votes (like, seriously)).”

It’s going to be really hard to keep from impeaching Obama. A new poll indicates 33% of Americans want to impeach Obama. Which is a wide-majority, because a large portion of the people who call themselves Americans these days are actually illegal aliens from Mexicaragua… or Democrats.

So, listen up sheeple. Obama deserves to be impeached. Like Sarah Palin said, “We should vehemently oppose any politician on the left or right who would hesitate in voting for articles of impeachment.”

But at the same time, there’s no way it would be a good thing for America if Republicans impeach Obama. Because if they try to impeach Obama, Americans would think they’re crazy extremists… Which would cost them votes.

And without those votes, how will those staunch, principled, stand-up guys get reelected?

*not counting these times.